The sun was shining this morning, so we decided to brave the rather chilly breeze and take a slightly longer walk than of late - and we took the flask with us too! Setting out across Shipley Park, we encountered lots of insect life, some of which, Malcolm was not too pleased about. But to start with, there were several Small Tortoiseshell Butterflies on the Blackberry flowers near to Flat Meadow Farm. 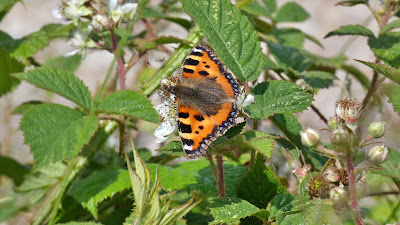 Despite the stiff breeze doing its best ruin things, I managed to get a couple of decent shots. 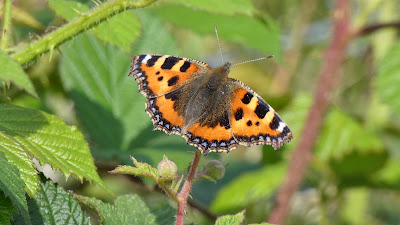 Even caught a small Ladybird in the background as well. 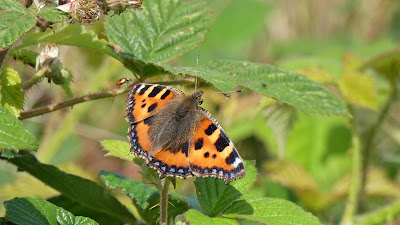 Nearby, a clump of Nettles, was playing host to a colony of Peacock Butterfly Caterpillars. 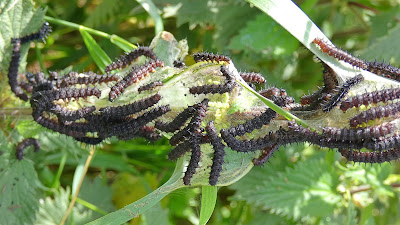 Nettles are the primary food plant of these spiky little critters and hey provide a fairly safe environment for them to grow. 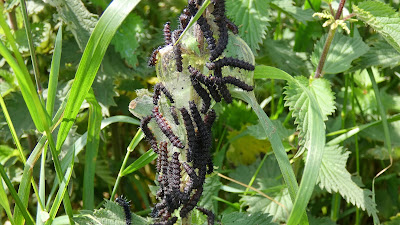 The large, flat umbels of Hogweed flowers are beginning to fill the sides of the paths and almost every one had its share of a great variety of insects. Among the most impressive of these was a large parasitic wasp known as Amblyteles armatorius. 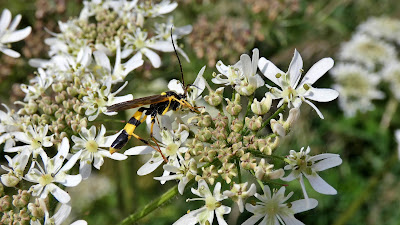 The females deposit their eggs inside the bodies of unfortunate caterpillars of other insect species, but the adults feed exclusively on pollen and nectar - as this one was doing. 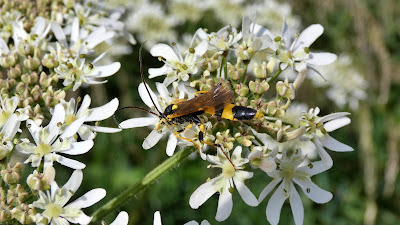 Finishing on a rather less macabre note, as we walked round Mapperley Reservoir, a bank of Meadow Cranesbill was looking spectacular as it swayed in the breeze. 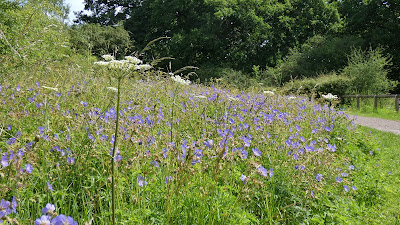 Time to crack out the flask before setting off for home again. Just one more picture of these cranesbills. 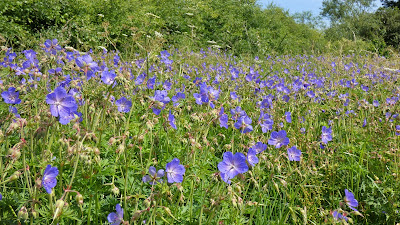