Just a few more pictures from our short break in the Algarve today, starting with a some views of those crumbling cliffs. 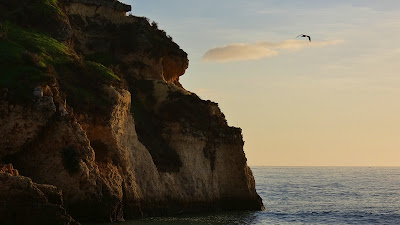 The clifftop paths were a little bit scary at times, particularly when you look back at where you'd been standing only a few minutes ago, to find that there wasn't much supporting the bit you were standing on! 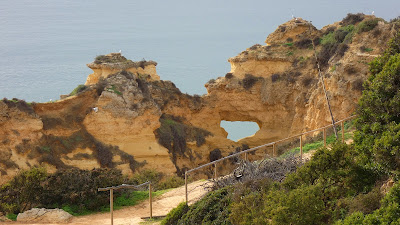 Lots of holes, small caves and sections which had been completely undermined by the battering of the sea. 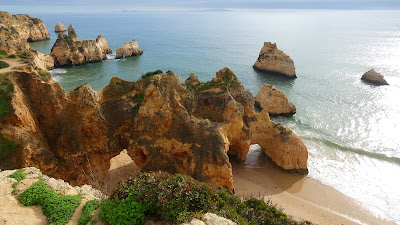 Back down at beach level, you just have to stop for a while to enjoy the waves rolling in. 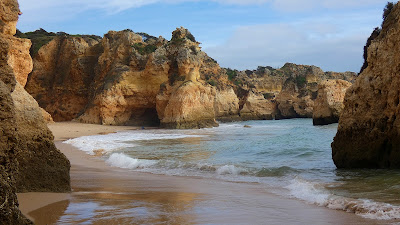 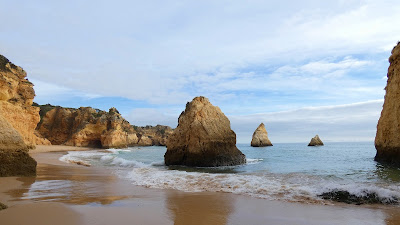 Then off to explore through the rocks, to another small, sandy inlet. 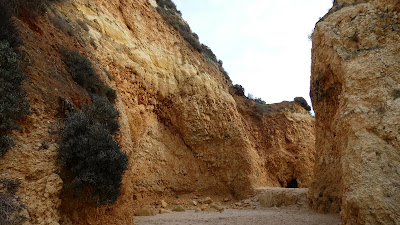 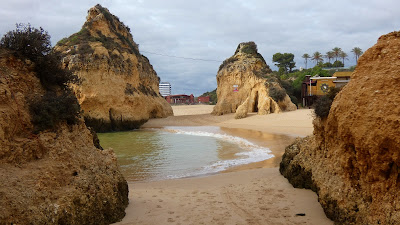 Along the clifftops, there are several spots, where you can look down the blow-holes which have formed (if you are brave enough). One of these has a small viewing platform, built out over the hole, so you can look vertically down at the sea crashing in below. I think this one is called the Gruta das Baratas, or cave of cockroaches for some strange reason. You might even take a short video!