Things have been a bit quiet on the blog lately. All the rain we've been having, has rather put a stop to most of our walks and when it has been fit to get out and about, we've had to do more mundane things, such as shopping. So it was a treat to be out in the sunshine this morning, even if we had to be vary careful where we walked, to avoid flooded footpaths and seas of mud.
We decided a short walk to Straw's Bridge was probably the best idea and as we walked along, the sun on the hedgerow Maples, was glorious. 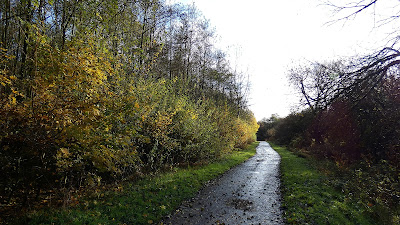 As we got to the Nutbrook Canal, it became clear just how much rain we've had. We haven't seen it this full for quite some time. 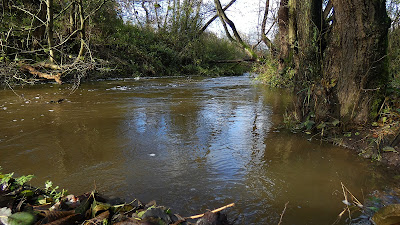 Indeed, it was obvious, that sometime during the night, the water must have been up and over the path, as it had been washed clear of fallen leaves and mud. So we were lucky that the levels had dropped a little by this morning. 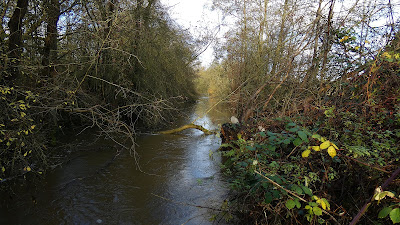 Further on, near the golf course, the old canal has been 'piped' and an overflow channel built, but here too, the water was rushing through. 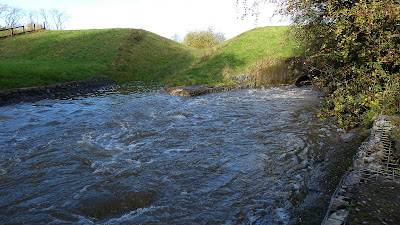 Time for a short video here I think - trying not to fall in, or be blown in by the gusty wind...
There was no way through Pewit Carr this morning, as the footpath through there, was under several inches of flowing water. 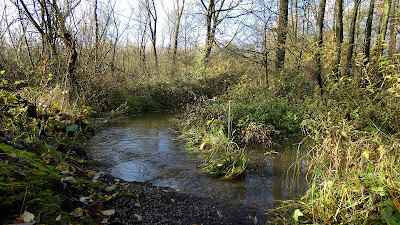 Even across the reed beds, where you normally can't see standing water at all, it was quite obvious this morning. 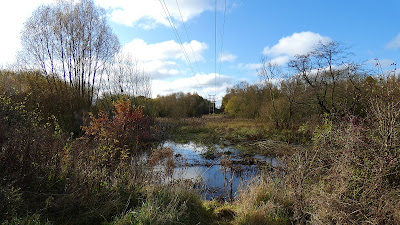 So, on to Straw's Bridge and all that tip-toeing through puddles and by-passing mud, was rewarded with some lovely Autumn views across 'Swan Lake'. 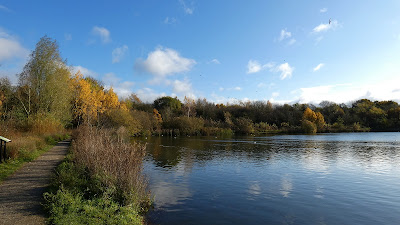